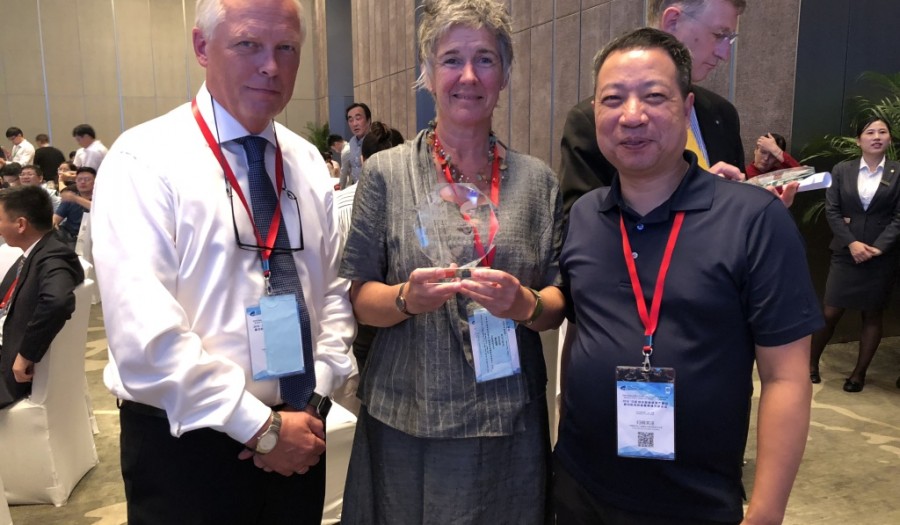 At the beginning of September, Stavanger received an award as “Future City” in Ningo, China. The prize is being awarded to cities that have shown that they dare to be leaders in testing new, sustainable solutions.

Gerd Seehuus, Local Coordinator of Triangulum Stavanger, Project Manager Per E. Fjeld from Lyse AS and Professor Chunming Rong from University of Stavanger travelled to the Chinese friendship city Ningbo to receive the prize.

“This is an important acknowledgment of Stavanger’s partnership and shows that cross-sectoral and academic cooperation is necessary to solve the challenges in the cities. A project like Triangulum is very educational and valuable to the partners, the city and the whole region”, says Seehuus.

“To receive an award for being a “future city” fits well into the city’s vision of taking a lead and creating the future together, and it is gratifying to see that through solving complex tasks in an integrated way, we have demonstrated that,” she further emphasizes.

The prize has been awarded for the third time by The Foundation Prospective and Innovation, headed by former French Prime Minister Jean-Pierre Raffarin. The prize, the Euro-China Green and Smart Awards, is awarded in cooperation with the European Commission and the China Center for Urban Development Prize. In the explanatory memorandum, it is stated that Stavanger has especially excelled within energy efficiency and mobility in Europe. The nomination committee also writes that the city’s ambitious goals for sustainability in the local community stand out.

“Triangulum has given us positive ripple effects far beyond what we expected when the project started in 2014. The partnership in Triangulum has helped put Stavanger on the map internationally as a Smart City,” says Mayor Christine Sagen Helgø.

Heidi Kristina Jakobsen, head of the Stavanger Region’s European office in Brussels, congratulates Stavanger on the award as well. Jakobsen says that Stavanger is not only ambitious, but they are also brave and forward-looking.

When the idea was launched of ​​seeking funding for the Triangulum project during the EU’s prestigious four-year city announcement (in the EU’s Horizon 2020 Research and Innovation Program), Stavanger municipality and other partnerships seized the opportunity with both hands.

“The status as a Lighthouse City is a quality stamp that opens doors to EU institutions and attracts new cooperations and project opportunities. It is no coincidence that European networks such as EUROCITIES, ERRIN, POLICE and ENOLL all come to Stavanger to contribute to the Nordic Edge this year”, said Jakobsen.

Back in the friendship city

Stavanger and Ningbo have cooperations that date far back in time. The cooperation agreement with Ningbo aims to strengthen the local business community, research communities, and universities of the two cities. However, it is a coincidence that the prize will be awarded in Ningbo this year. This is the first time a delegation from Stavanger has returned to the friendship city since the World Expo in 2010. Meetings with Ningbo municipality show that it is useful to resume contact for cooperation and experience development in several areas in the future.

In October 2014, Stavanger became a European Lighthouse City with Eindhoven and Manchester through the Horizon 2020 funded Triangulum project. The Lighthouse Cities of Triangulum will integrate energy, mobility, and ICT into new solutions that have not been shown before.

Today, Triangulum consists of 23 partners, five of which make up the local partnership in Stavanger. Together, partners will demonstrate “first-of-a-kind” solutions that help respond to the EU’s 7 stated societal challenges. The project has been running for already five years and ends in 2020. 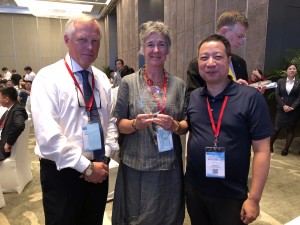 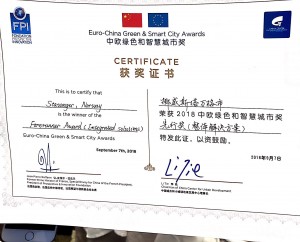