The City of Manchester has a population of 527,239 people across a geographical area of 115km2 and is one of ten local authorities which make up the Greater Manchester conurbation. GM has a population of 2.73 million people, and is the second largest economy in the UK. Manchester itself is located at the core with two of the largest universities in the UK and the UK’s third largest airport. Industry sectors such as business services, ICT, digital and biomedical sciences are key to economic growth in Greater Manchester in terms of new investment, job and GVA creation Manchester City Council is the local government authority for

The Manchester consortium is led by the City Council and includes Siemens, PixelMill, University of Manchester and Manchester Metropolitan University. ‘Oxford Road Corridor Manchester’ was the focus of activity; a 2km spine that contains two of the UK’s largest universities and one of the largest medical research campuses in Western Europe, it generates nearly €3 billion, which makes up 20% of the city’s  economic output. It employs over 72,000. There are over 75,000 students in the Corridor.

Manchester’s approach is based upon an understanding that cities function as systems, involving a complex interaction between individuals, markets, infrastructure networks and public services. Every individual intervention has been chosen because it demonstrates the benefits of integration in different ways. Building on the investments already made, the focus will be on the integration of energy, mobility and ICT systems around core infrastructure assets within the ‘Oxford Road Corridor Manchester’. These assets supply heat and power to the respective estates and buildings belonging to the Corridor partners. The funding for Triangulum has enabled the partners to build on the work already undertaken to establish a smarter, more independent infrastructure whereby energy generation, its supply, storage and use is managed in a much more demand responsive manner.

‘Manchester-I’. This platform consists of a number of discrete layers, which creates two new knowledge environments. The first; a network of data and services that bridge the investments set out above in an integrated way to enable greater analysis and better-informed decision making at both a strategic and operational level to improve energy efficiency, reduced carbon emissions and a greater ability to meet demand in a more cost effective way.

In addition, the city’s programme to reduce cars on Oxford Road, in the Corridor area provided the opportunity to develop a mobility component focused on last mile delivery cargo bikes, whilst at the same time exploiting the opportunity to connect new modes of electric vehicle transport to the electricity infrastructure.

Manchester has considerable experience in working with partners across the city through our smart city, regeneration and economic development programmes including large scale UK and European funded projects and programmes covering a range of thematic areas including energy and environment, battery storage and renewables, climate change resilience, research and innovation, transport and mobility. The city council has extensive international links and partnerships including partnerships with cities across Europe and across the globe including current collaboration projects in China, Canada and Australia.

Siemens is behind a wide range of the technology and services we take for granted in our daily lives. Today, it designs and manufactures products and systems ranging from traffic lights, gas turbines and turbine spares to the superconducting magnets used in medical scanners and the drives that are behind many of the UK’s manufacturing plants. PixelMill (formerly Clicks and Links) provides IT services and solutions to both the private and public sectors. PixelMill’s focus relates primarily to modelling, web-oriented interactive interface, Simulation and virtual visualisation, deploying leading-edge skill set and experience in interactive 3D models, gaming technology, augmented reality and ambient visualization. PixelMill are involved in using games to engage citizens on serious issues providing an innovative way of engaging citizens in the development of their city. The University of Manchester has been the birthplace of many discoveries, which have had a major impact on society, including the development of the first modern computer and the splitting of the atom by Rutherford. Twenty-five Nobel Laureates have worked here, with three currently on the staff. The 2010 Nobel Prize in Physics was awarded to two staff, Andre Geim and Konstantin Novoselov for Graphene. It has a formidable track record in commercialisation of research with 1,600 invention disclosures and 17 new companies formed, attracting nearly €200 million in third-party investment since 2004.

Manchester Metropolitan University is the largest campus-based undergraduate university in the UK with a total student population of more than 37,000. Manchester Metropolitan University along with the neighbouring University of Manchester forms the largest higher education campus in the UK and one of the most extensive education centres in Europe. It was named the UK’s Greenest University in 2013, which rewarded the University for demonstrable and measured change through the implementation of a strong and committed approach to environmental strategy embedded within infrastructure, estate and culture. Its relevant project portfolio includes; the smart in-building micro-grid for energy management, which aims to combine power and communications over a single continuous wire, enabling advanced lighting control systems and Building Energy Management Systems that are easier and therefore cheaper to install. It has also developed an IPv6 based system which uses the existing electric grid network for communication in order to support smart grid applications such as smart metering, demand side management, video surveillance, remote monitoring. Impact

The Oxford Road Corridor is one of the largest knowledge driven low carbon districts in Europe. We aim to decouple the link between a reductions in carbon emissions whilst at the same time increasing economic activity. Very few cities have been able to exhibit this ‘smart green growth’; the Oxford Road Corridor Manchester has the right conditions and profile to demonstrate this. The rapidly increasing population growth which our urban cores are experiencing, Manchester is the fastest growing city in the UK outside London, will put increased pressure on the way our cities deliver public services, such as; housing, transport, energy, water and other basic services including health and education. The cities that compete most effectively in the future will be those that can deliver ‘smart green growth’ against a backdrop of rapidly increasing urbanisation. Key measurables are: 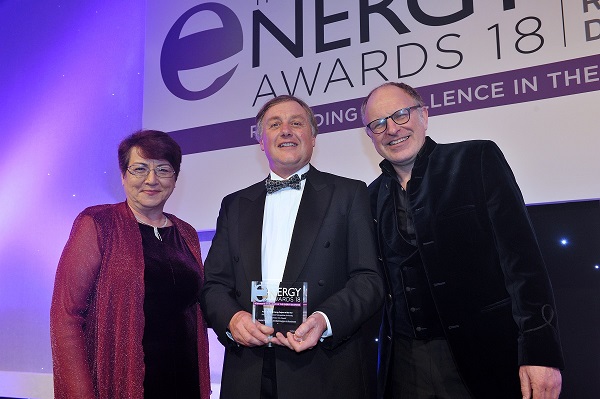 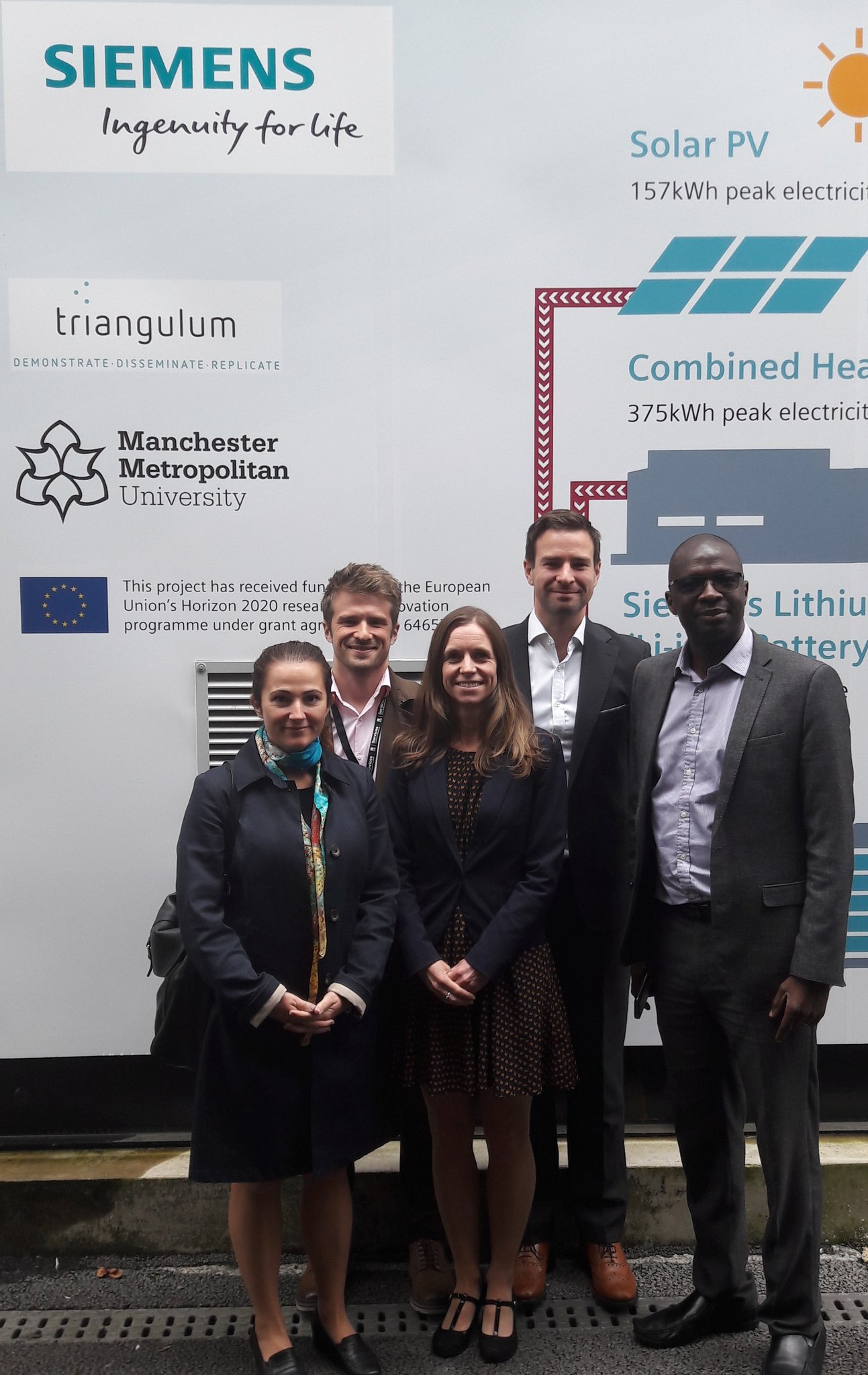 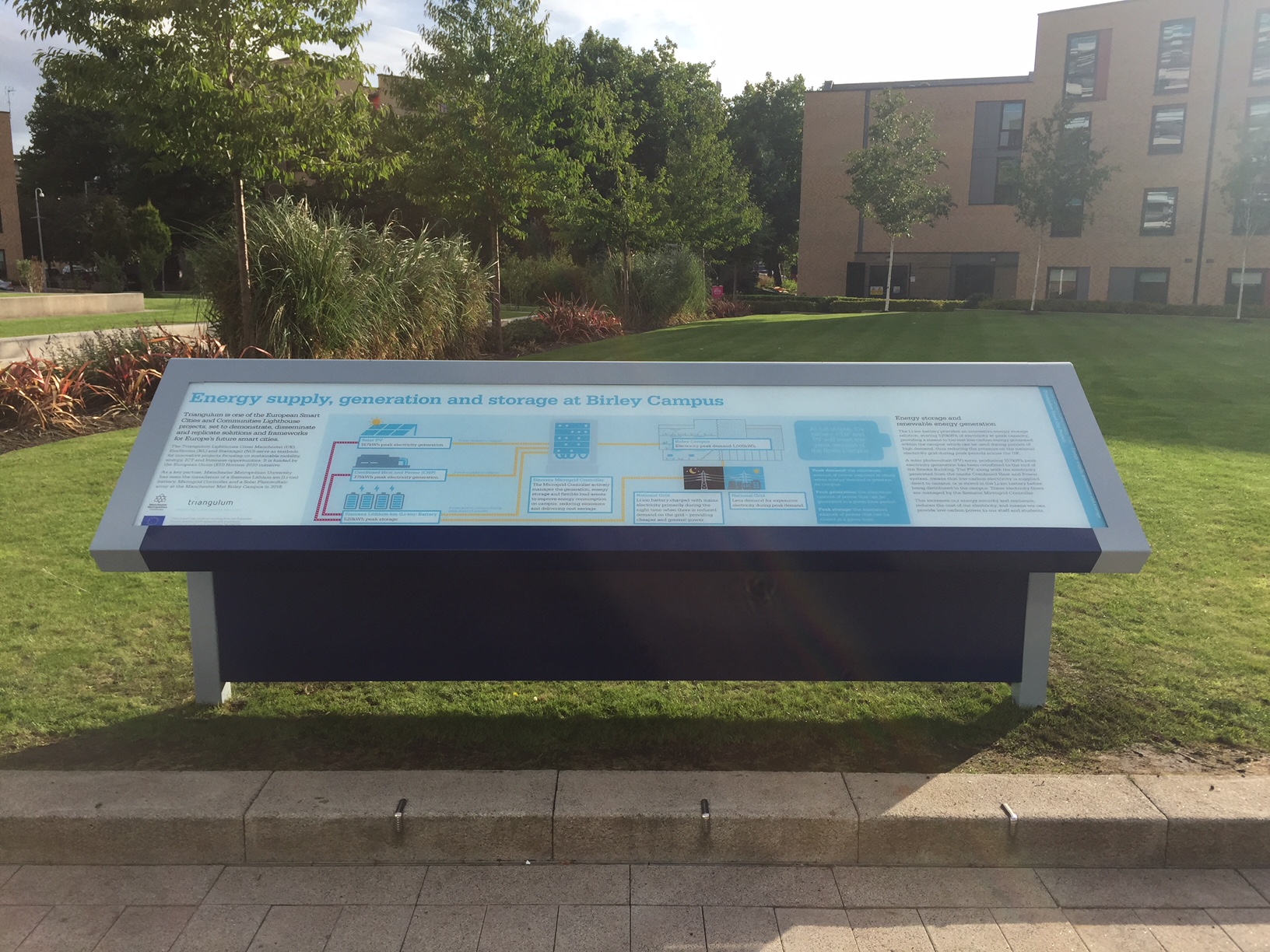 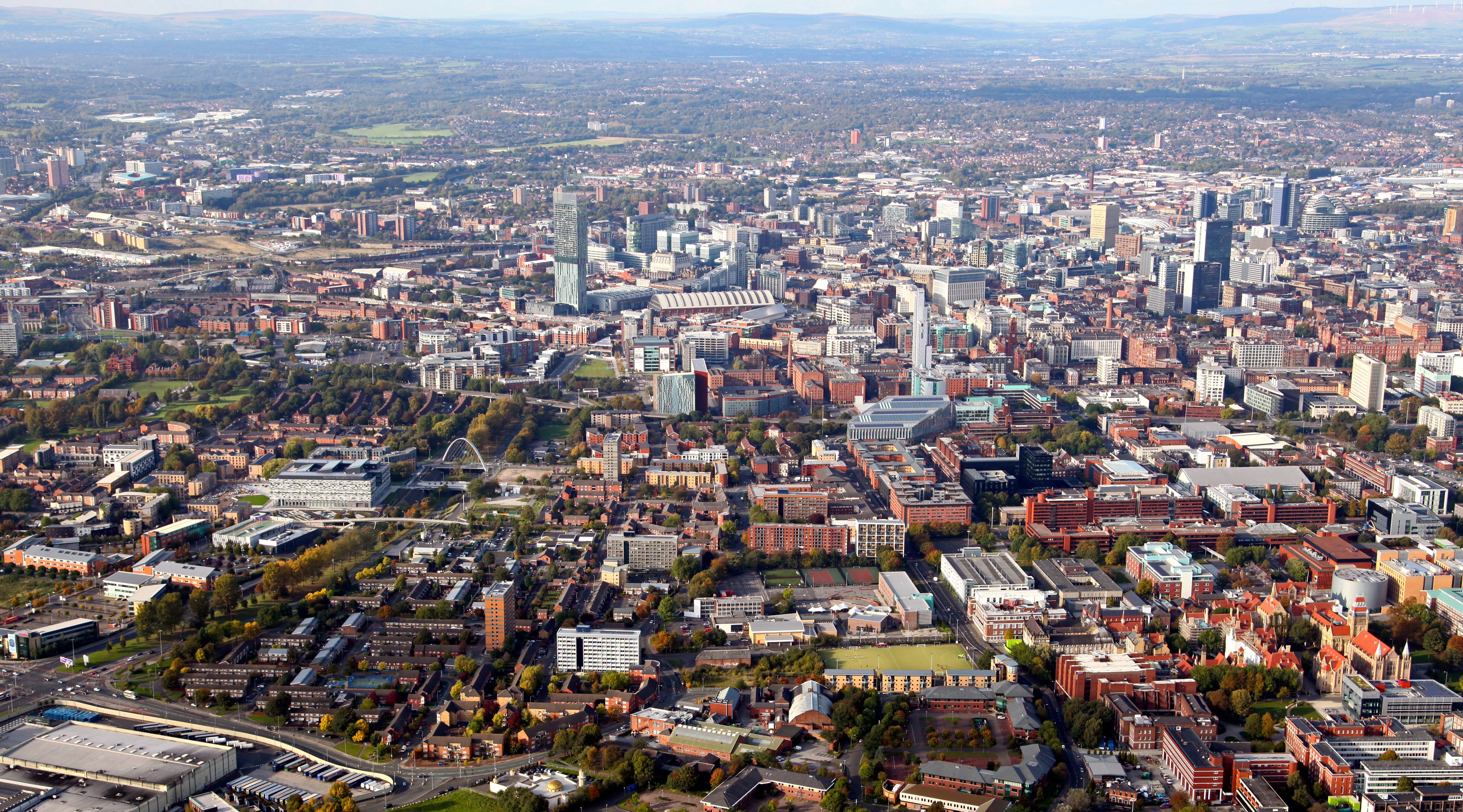 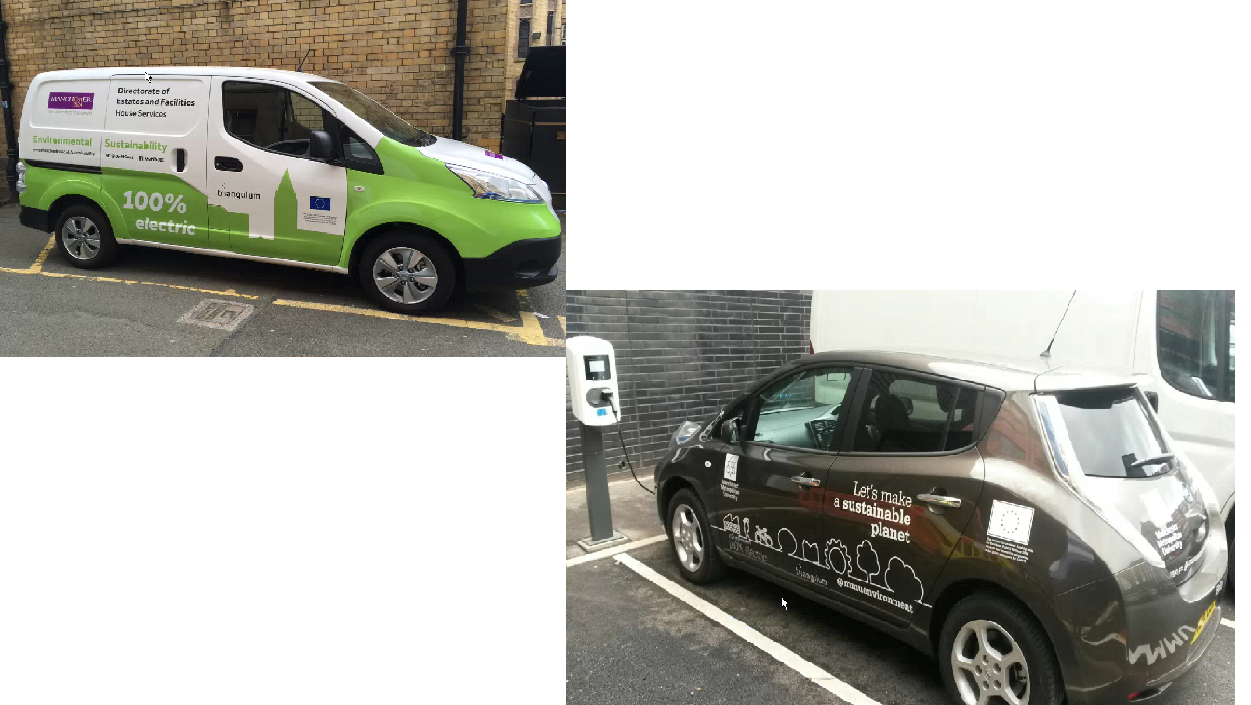 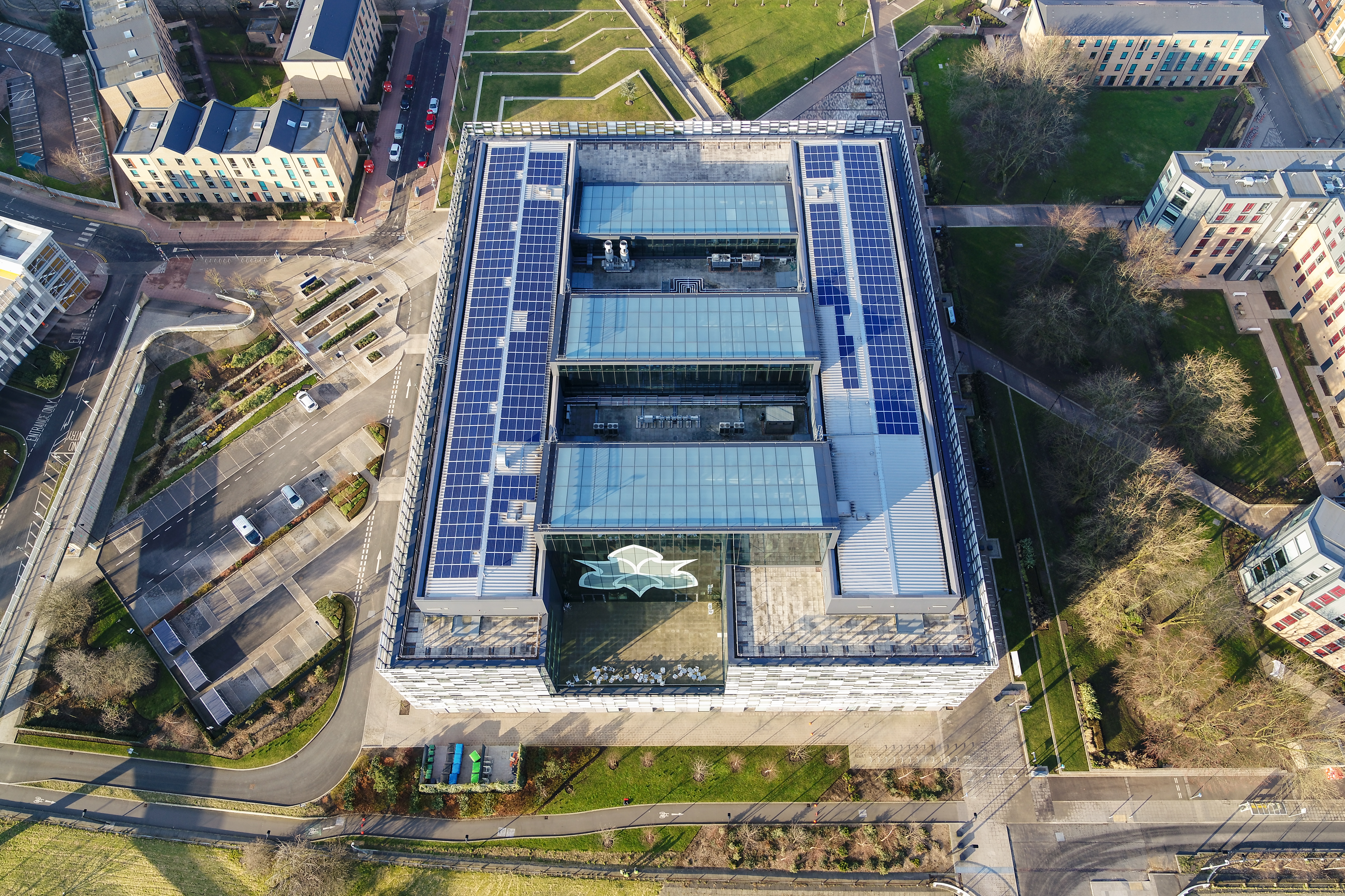 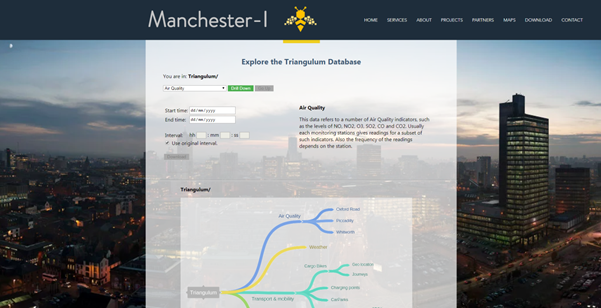