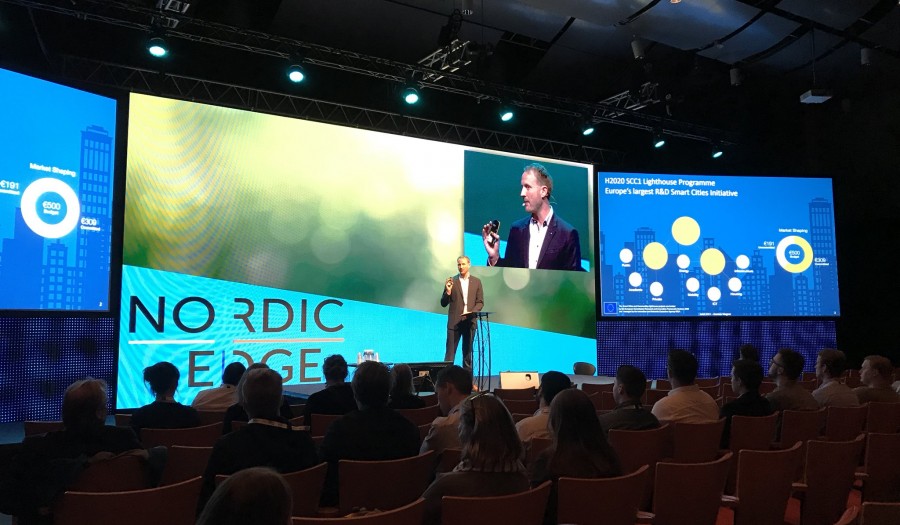 Smart with a Heart: Bringing Together the Smart City Community at Nordic Edge 2018

By Bettina Remmele / Allgemein / Comments Off on Smart with a Heart: Bringing Together the Smart City Community at Nordic Edge 2018

Smart with a Heart: Bringing Together the Smart City Community at Nordic Edge 2018

From 25-27 September 2018, the fourth Nordic Edge Expo & Conference took place in our Lighthouse City Stavanger, Norway. The Nordic Edge is an annual event showcasing the latest innovative solutions from the Smart City community and thus the ideal meeting place for the project partners of the Horizon 2020 Smart Cities and Communities programme. 4500 visitors from all across Europe and even beyond attended this three-day event to present outcomes, exchange knowledge and meet with project partners. Apart from the official event, several side-events were organised around this largest Smart City event in the Nordics.

“Smart with a Heart” was the theme of this year’s Nordic Edge Expo and Conference. To us, the EU-funded Horizon 2020 Smart Cities and Communities (SCC1) projects, being smart with a heart has many different meanings. But mostly, it’s about working together and about seeing the person behind as well as in front of the technology – that is, both project and city representatives as well as the citizens living in Smart Cities. And that’s why the Nordic Edge was such a special event this year. Because it gave project coordinators, universities, technical partners, municipalities, but also investors and decision makers the chance to meet like-minded people with the same enthusiasm at heart. The Nordic Edge Expo with 2500 m2 of exhibition space and 200 exhibitors from more than 47 countries is the place in the Nordics for the Smart City community to exchange knowledge, network and create new business opportunities. During all three days of the exhibition, Triangulum was thus, together with the other 11 SCC1 projects, represented with a joint stand. The stand featured all 12 Lighthouse projects (Triangulum, Remourban, GrowSmarter, Replicate, SharingCities, SmartEnCity, SmarterTogether, mySMARTLife, Ruggedised, IRIS, MAtchUP and STARDUST) as well as the two tenders Smart City Information System (SCIS) and the European Innovation Partnership on Smart Cities and Communities (EIP-SCC). There, project, tender, city and technical representatives had the chance to meet each other, to talk to and inform visitors about the overall SCC1 community, the individual projects and the solutions developed therein and to illustrate the progress that we have made via the joint SCC1 Multitouch Tool that hosts information about all SCC1 projects. 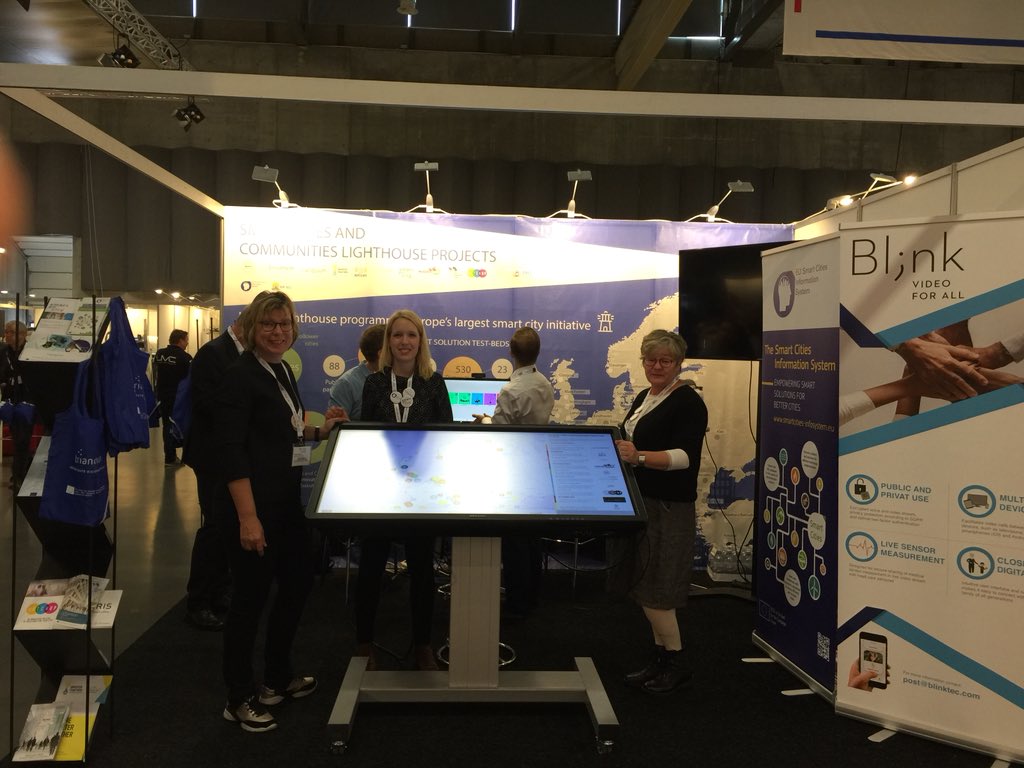 The main SCC1 contribution to the Conference took place on Thursday, 27 September: the “Lighthouse Cities Programme”, an entire day of six public and five internal parallel sessions focusing on the challenges and outcomes of the SCC1 projects. The public session “Trial, Innovate, Scaling Up. Lessons learned from Europe ‘s Smart City Lighthouse Projects in a European Context”, moderated by the European Commission’s DG Energy Policy Officer Jens Bartholmes, informed about first results and lessons learned from the projects. Four project coordinators of SCC1 Lighthouse projects talked about first results and lessons learned: our project coordinator, Damian Wagner of Fraunhofer IAO, Nathan Pierce of Greater London Authority (SharingCities), Lisa Enarsson of the City of Stockholm (GrowSmarter) and Elisabeth Jorge Pascua of Donostia San Sebastián (Replicate). Another public session focused on hands-on stories from the City Coordinators of Vienna, Milano, Nottingham, Cologne, Stavanger (Gerd Seehuus from our Lighthouse City was there!) and Tartu. With the title “Communication – How to make «invisible» projects visible”, communication representatives of various SCC1 projects, Lighthouse – and Follower Cities presented their findings from their prior internal workshop to the public as well. Moderated by facilitator Josh Stinton (Outspire), the results of the internal discussions were graphically illustrated – putting a lot of heart into it – by Kristof Braekeleire and then pitched to the public by the individual project or city representatives. First outcomes and success factors of the first three SCC1 projects were discussed in a special session as well, featuring, amongst others, Dr. Kelly Watson from the University of Manchester and Wouter Beelen from VolkerWessels Eindhoven. Dagfinn Wage from Lyse, Stavanger was invited to talk about “packaging” and financing solutions for European Smart Cities during the public session on “Business Models and Finance”. And last but not least, Dr. Kelly Watson from the University of Manchester furthermore talked about how citizens are involved in the development of urban data platforms during the “Big Data” public session. 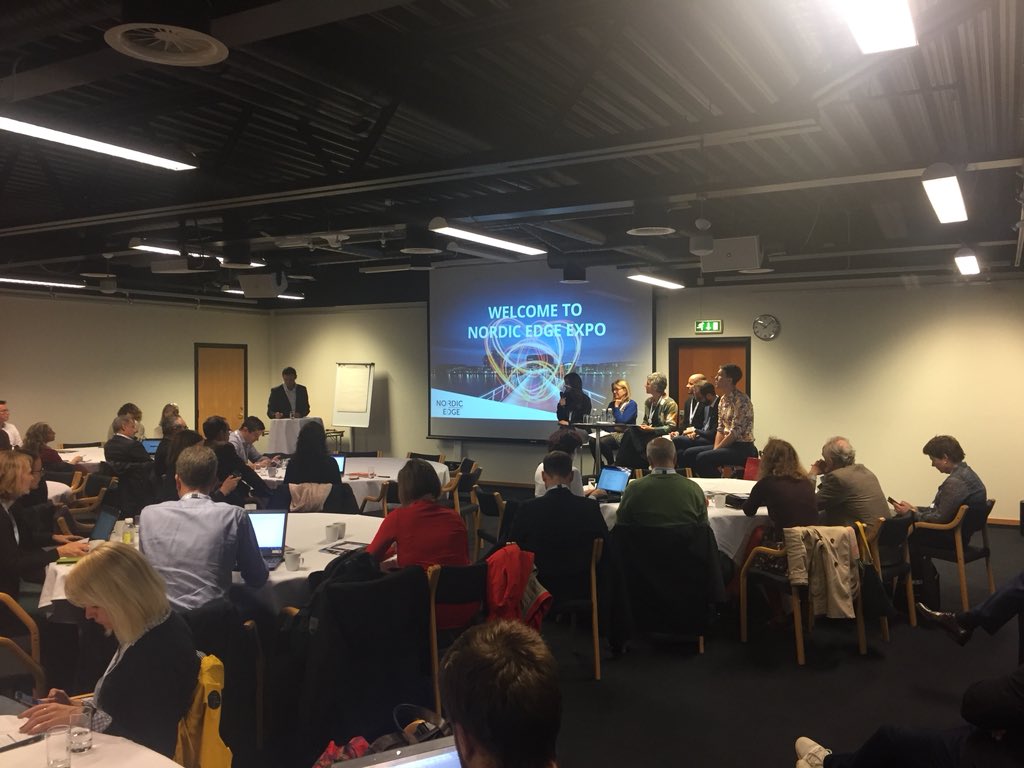 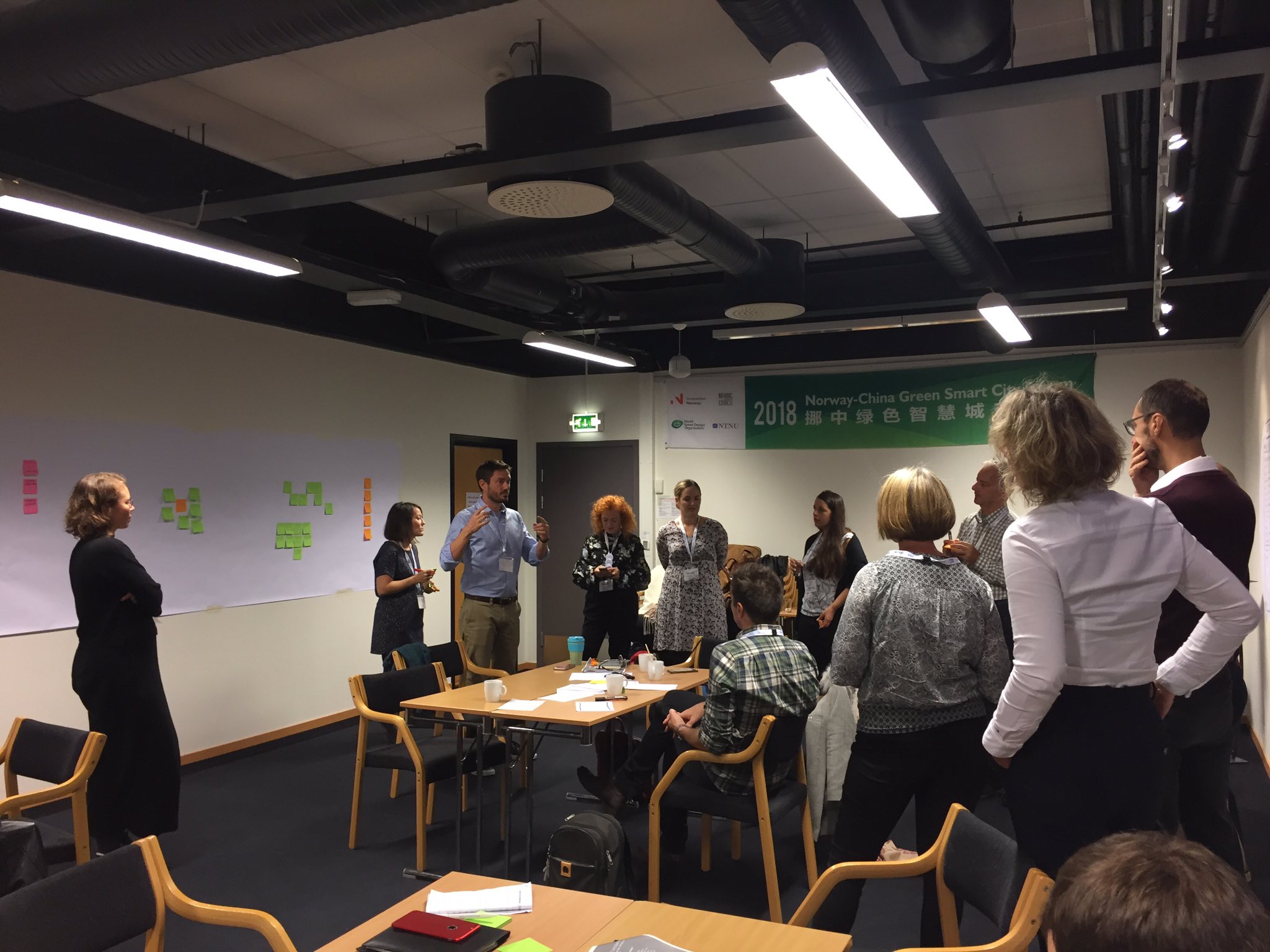 Moreover, the SCC1 community was deeply involved in the Conference’s plenary sessions. Our project coordinator Damian Wagner of Fraunhofer IAO talked about the progress of the first three SCC1 projects (Remourban, GrowSmarter and Triangulum) and how cities are paving the way towards a European Smart City market place in his talk “Trial. Innovate. Scaling Up!”. Anna Lisa Boni, the Secretary General of EUROCITIES, project partner of SharingCities and SCIS, discussed with the Mayors of Stavanger, Eindhoven and Tampere (amongst other politicians) how to connect with our citizens´ dreams when building smarter cities. The yearly session “Meet the New Lighthouse Cities“, this time co-organised by EUROCITIES, Greater Stavanger and Stavanger Region European Office, introduced the latest SCC1 projects IRIS, MAtchUP and STARDUST. The session was rounded off with a replication workshop focusing on the question “What can we do together for successful replication?”. The workshop consisted of two parts: a replication part chaired by EUROCITIES and a community engagement part chaired by Steinbeis-Europa-Zentrum. During intensive internal task force meetings, the SCC1 community talked about joint activities and shared challenges. Representatives of the SCIS consortium were actively involved and discussed cooperation possibilities as well as collaborative work between the individual projects and the tender. At the subsequent SCIS Project Coordinators Meeting, representatives of FP7 projects such as R2CITIES, CITyFiED, CITY-zen and EU-GUGLE joined to exchange experiences. 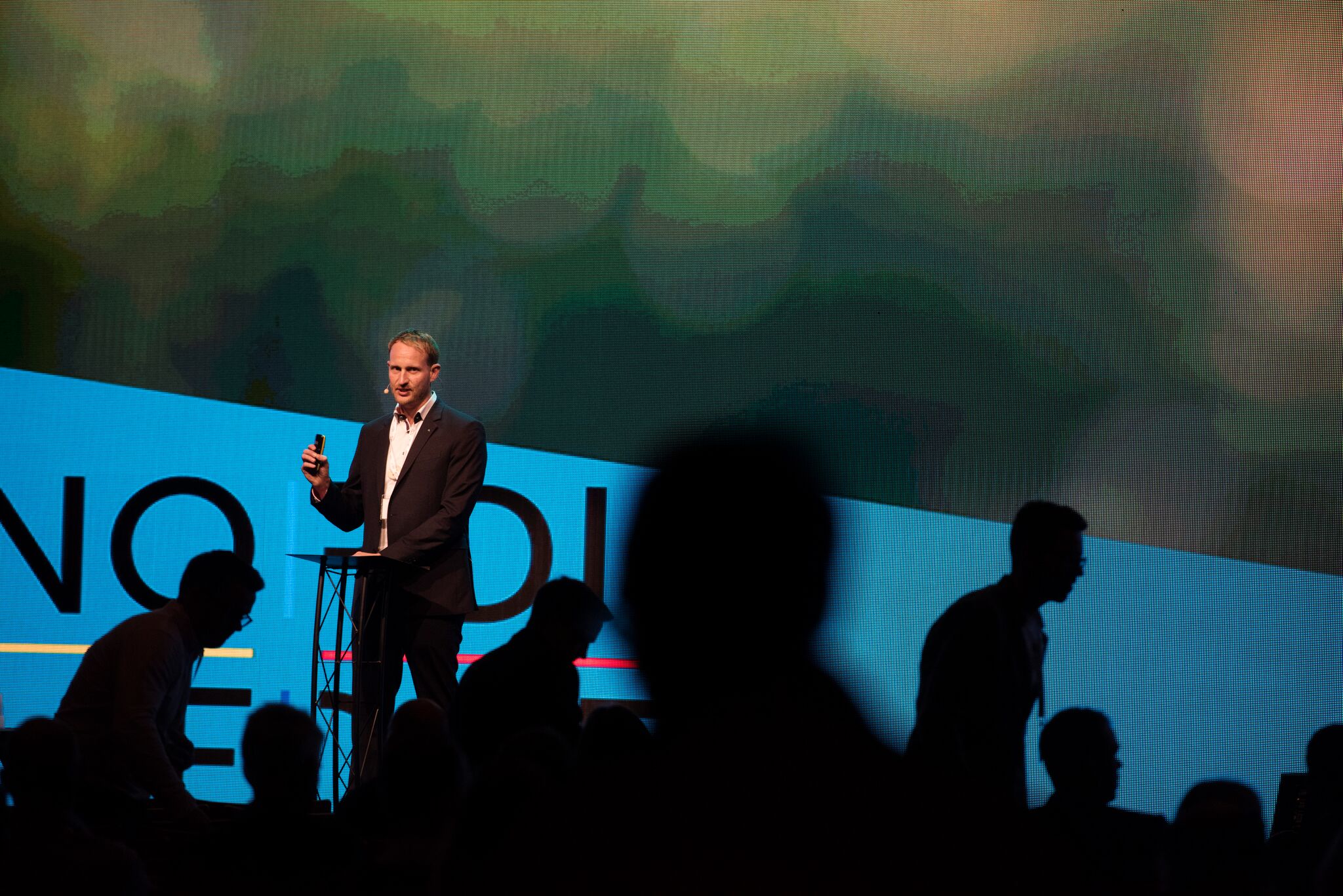 Apart from the official Nordic Edge programme, the SCC1 community used the presence of so many representatives to take part in various other joint activities. During the “Stavanger Safari”, a demo site visit organised by Stavanger Kommune, an electrical battery bus took the SCC1 community to LYSE. During the ride, a representative of Rogaland Fylkeskommune talked about the implementation process of these busses that worked closely together with the citizens of Stavanger. At LYSE, the group learned about smart lampposts, fast chargers, PV cells and the sewage tunnel of Stavanger’s Central Energy Plant. The Safari ended with a visit to University of Stavanger, where the group was introduced to their Big Data Hub and listened to a presentation of their dashboard solution. The day was rounded off with an informal Get Together at the Stavanger Art Museum. 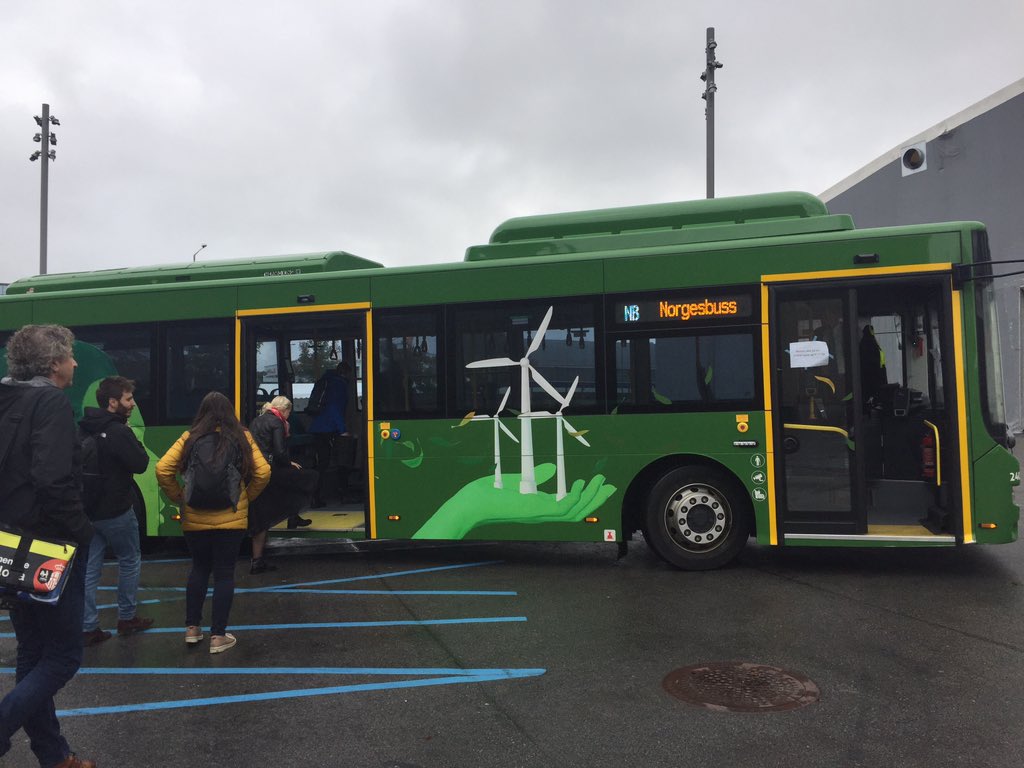 On Friday, the “CROSS-SCC Replication Workshop” was taking place, a session for fostering replication and upscaling of Smart City solutions amongst the SCC1 Community. Over 70 participants discussed topics such as low energy districts, integrated infrastructure, urban mobility and urban governance. During two rounds of round table sessions, participants for example discussed the urban mobility topics “E-Buses & EV Charging Infrastructure”, “Bike Sharing Systems” and “Last Mile Delivery”. The outcomes of all round tables were presented during a short summary at the end. The workshop was organised by the SCC1 Replication Task Group in collaboration with INEA, the European Commission and SCIS and supported by Morgenstadt and the Nordic Edge. 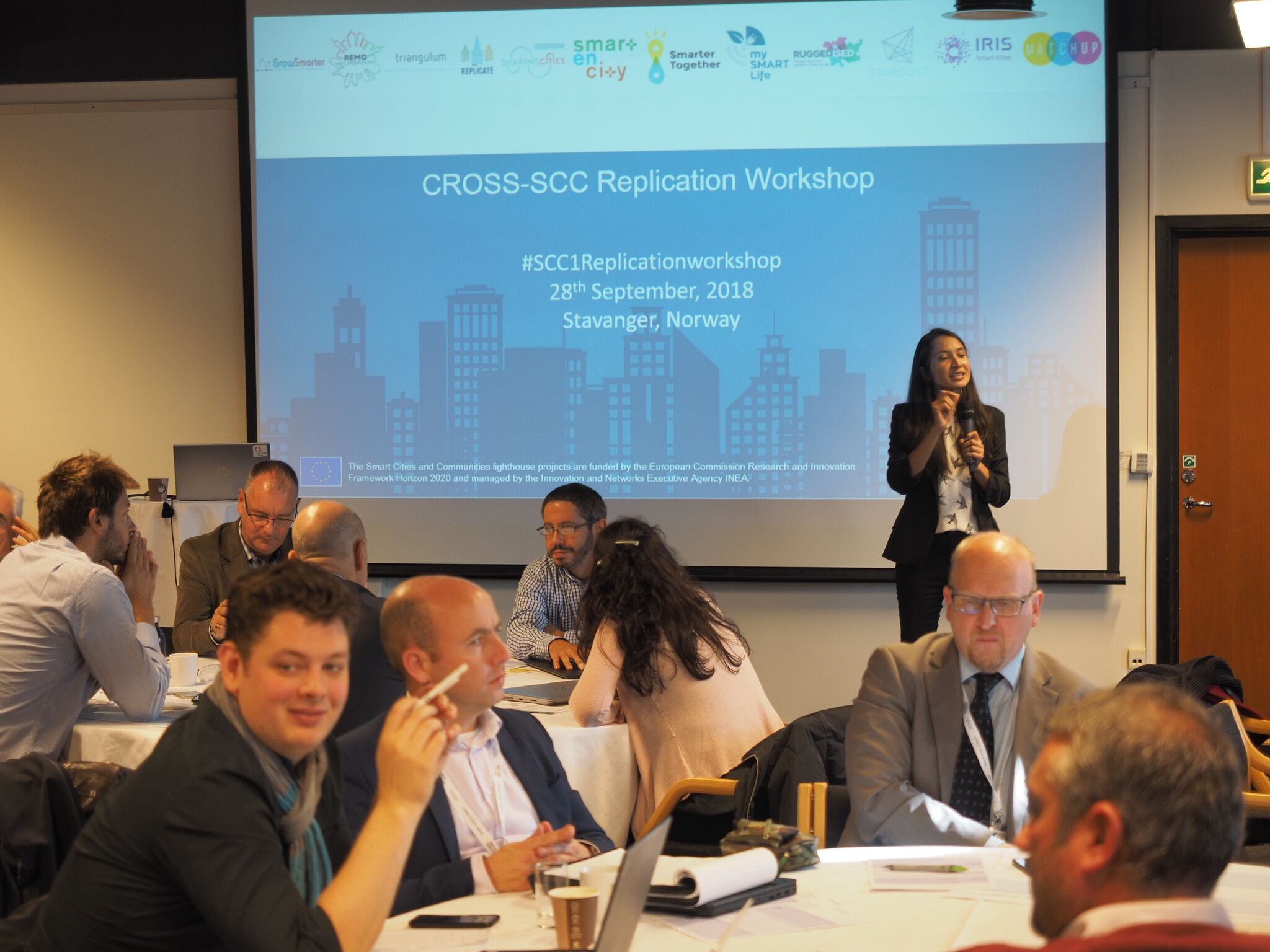 The cherry on top of this eventful week was a hike to Preikestolen to enjoy the view down into the Lysefjord. A group of about 30 SCC1 representatives put on their hiking boots and climbed up the pulpit rock. 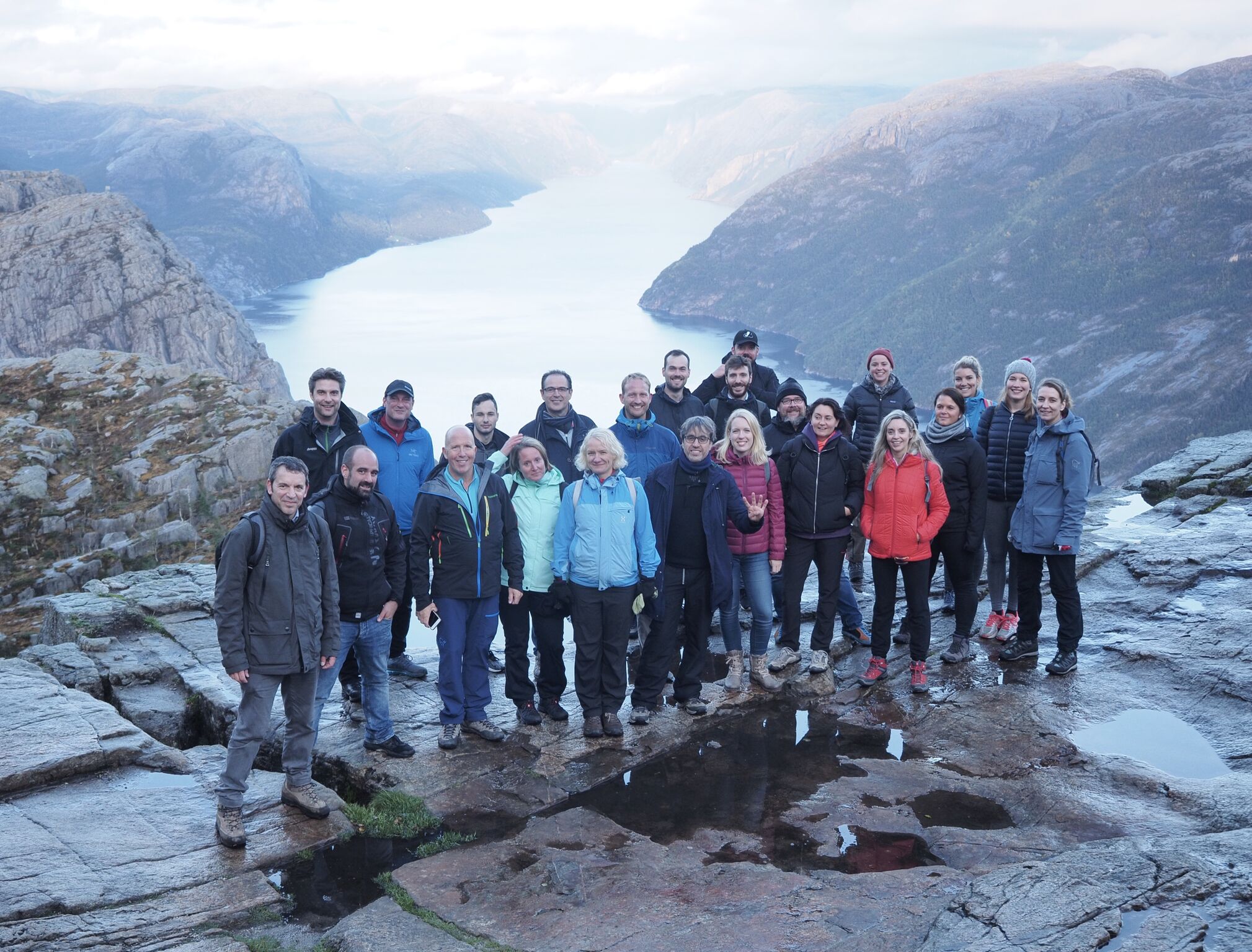 The Nordic Edge 2018 was a full success, offering the Smart City community the possibility to meet, discuss challenges, exchange knowledge and best practices and also to network and create new business opportunities. Events like these are at the heart of all the technological and scientific advances that the more than 380 SCC1 project partners (and all the other Smart City stakeholders across the world!) are working on day by day. The theme of this year’s Nordic Edge has thus absolutely brought it to the point. We need to be “Smart with a Heart!”. See you all next year for Nordic Edge 2019 again.