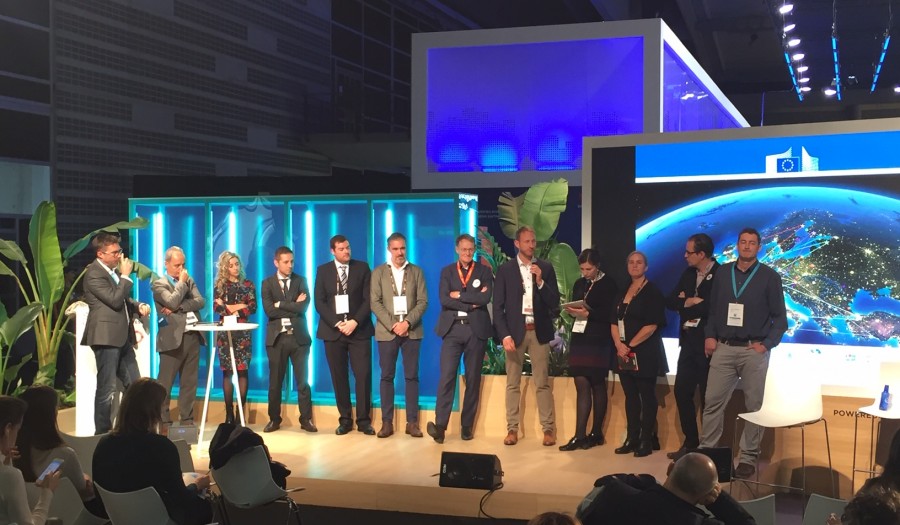 Triangulum at the #SCEWC18 in Barcelona

The Smarty City Expo World Congress in Barcelona (SCEWC) is one of the largest Smart City events in the world. But what is it that makes it also one of the best and most popular ones of its kind?

As the world’s leading event for Smart Cities, the SCEWC provides a unique meeting point for the Smart City sector and an innovative platform for urban action worldwide. SCEWC, the event for cities organized by Fira de Barcelona, took place from 13-15 November at the Gran Via venue. In its eighth edition, it gathered representatives of more than 700 cities, featuring major capitals such as Athens, Atlanta, Berlin, Brussels, London, New York, Rome, Stockholm or Yokohama. Over 100 mayors and representatives from five continents were present, analysing how to undertake initiatives that seek to transform cities into places where the lives of their citizens improves.

Triangulum, together with its 11 sister projects from the European Lighthouse Projects family, covers almost 80 cities across Europe. This year in Barcelona, the entire community, including the two EU initiatives SCIS and EIP-SCC, came together at a joint stand with various workshops and three larger Agora sessions to demonstrate how EU funded smart cities are leading the way in driving sustainable and smart innovation. The Smart City projects presented how they are putting smart technologies to the test and how specific solutions work in practice when it comes to reducing environmental impact and improving citizen’s lives. 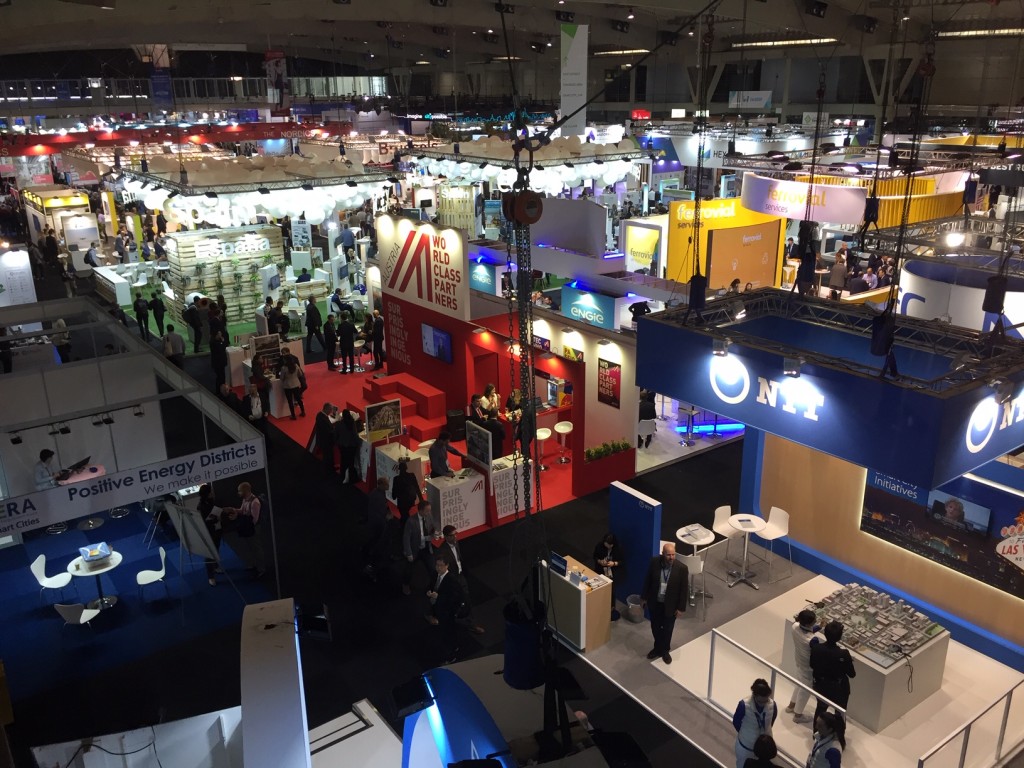 The Expo from above (Picture: Steinbeis-Europa-Zentrum)

As part of the joint European Lighthouse Cities stand, Triangulum was represented at the Expo Tuesday through Thursday with various partners from the Lighthouse- and Follower Cities as well as from the other work packages. We from Triangulum used this opportunity to inform interested stakeholders as well as the broad public about our project and the progress in our six cities Stavanger, Manchester, Eindhoven, Sabadell, Leipzig and Prague. As one of the oldest and most experienced projects, we are in the middle of the monitoring phase and therefore have a lot of stories to tell, from pains and gains to best practices and lessons learned. A special highlight was when the Mayor of Bordeaux and former French prime minister Alain Juppé visited us at the stand to discuss the upscaling of smart cities towards a city-needs led European smart city market. 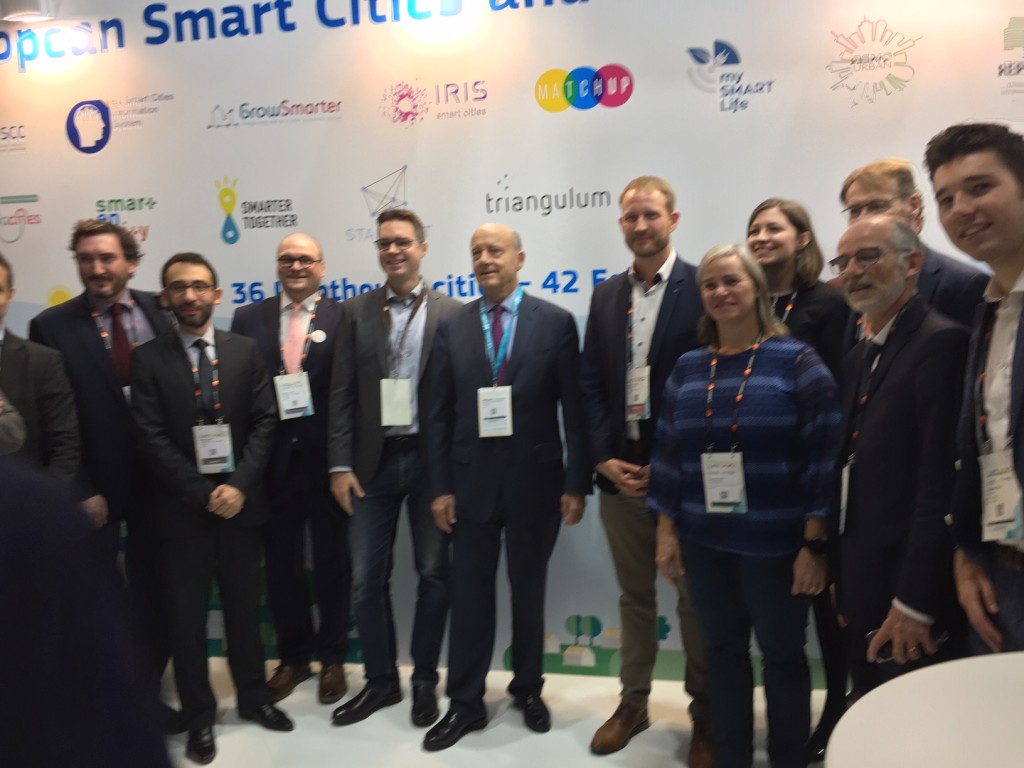 Damian Wagner from Fraunhofer IAO, project coordinator of Triangulum, talked about the biggest challenges that we have encountered in the last few years at the Agora session “Trial. Innovate. Replicate. Smart Cities and Communities.” which has been moderated by Jens Bartholmes, Policy Officer from the European Commission, DG ENERGY. 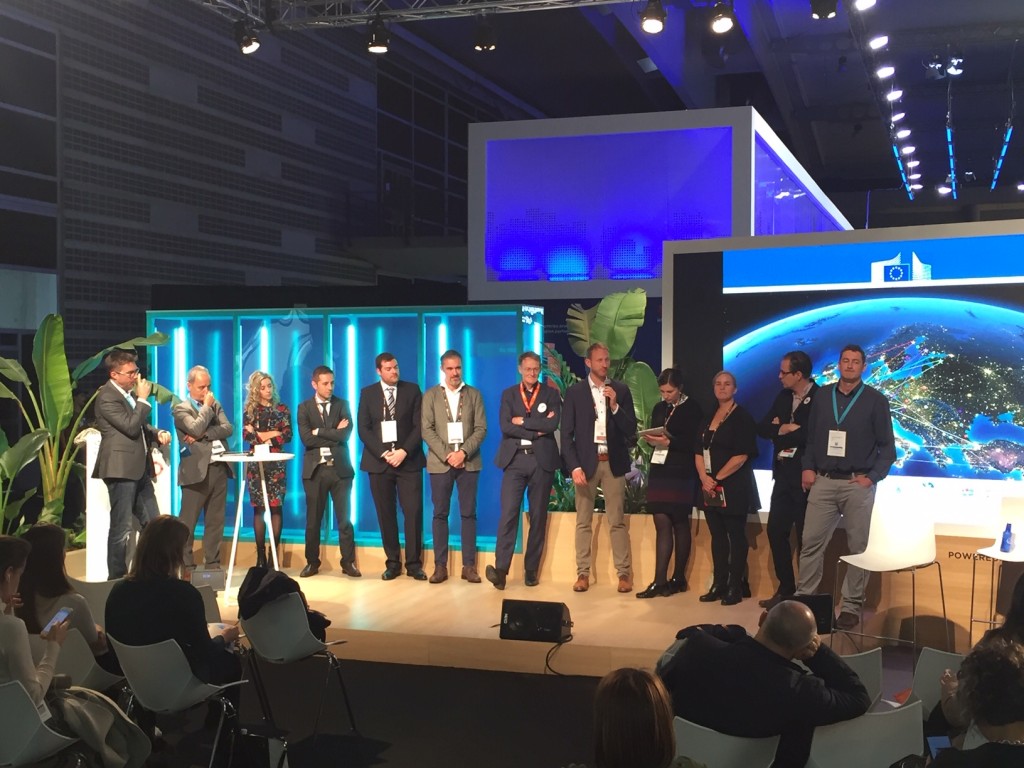 During the Agora session (Picture: Steinbeis-Europa-Zentrum)

Oriol Llevot from the City of Sabadell chaired the workshop “Challenges and opportunities for replication of SC projects from the Lighthouse to Follower Cities and beyond”, taking place right at the joint stand. Alexander Schmidt from BABLE, former lead of our work package on replication, also took part in this discussion round. They talked about how Follower Cities are tackling the challenge of having to replicate the innovative solutions tested and implemented in the Lighthouse Cities without the supportive EU funding.

Gabi Kaiser, leader of the cissemination & communication work package at SCIS and mySMARTLife, chaired the workshop “Communicating the Smart City” where she invited various Smart City communication representatives, both from Lighthouse- and Follower Cities but also projects in general, to talk about their best practices but also things that did not go as expected. Of course, Triangulum did not miss this opportunity to talk about our project-specific communication issues. Oriol Llevot and Rosa Torra from the City of Sabadell as well as Svanhild Sondresen from Greater Stavanger and Inger Hanne Vikshåland from the City of Stavanger participated in this lively discussion round. 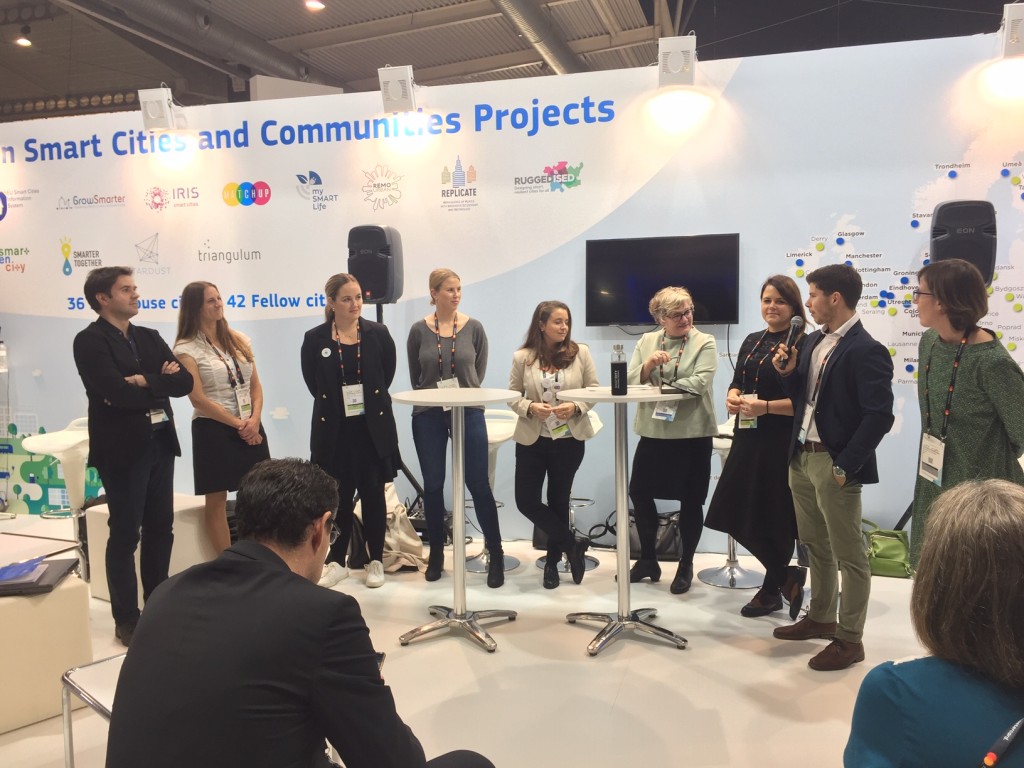 The 12 Smart City projects as well as SCIS and EIP-SCC have all received funding under the EU’s Horizon 2020 work programme as part of the EU’s long-term ambition to create a low-carbon economy and ensure continued competitiveness in the global market: mySMARTLife,  Smarter Together, Replicate, Remourban, , SmartEnCity, Sharing Cities, Triangulum, Ruggedised, GrowSmarter, Stardust, IRIS,  MatchUp., EIP-SCC and  SCIS.