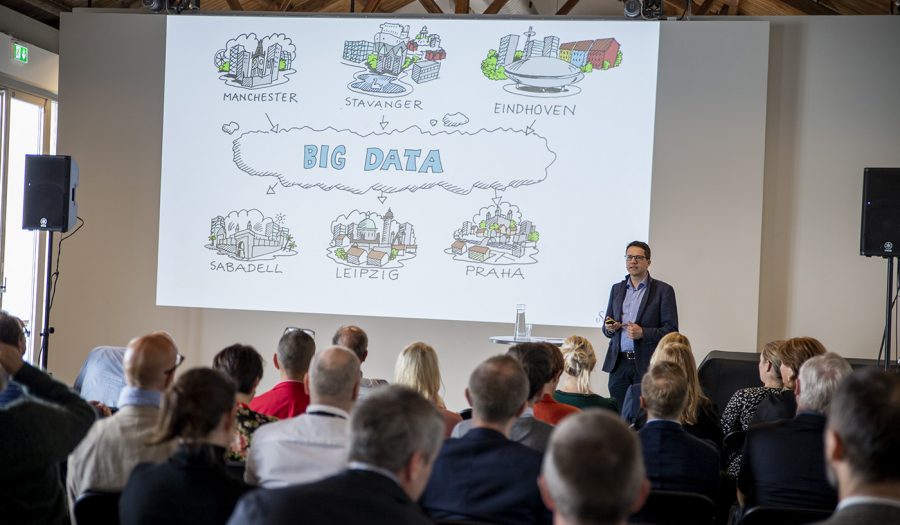 By Bettina Remmele / Allgemein / Comments Off on Triangulum Event in Stavanger

On 23 May, Lighthouse City Stavanger hosted a local event called “Triangulum – what is it and what has it meant for our region?”. Seventy participants from the public and private sector such as the Mayor, politicians, researchers, directors, leaders and employees from the local partner organisations attended the half-day conference about the effects Triangulum has had on Stavanger. The key message was that Triangulum gave the city confidence to become a Smart City and that it has created European market possibilities for local solutions.

The Stavanger partners presented their demonstrations and the positive effects Triangulum has caused in their organisations. For example, Triangulum tremendously helped the municipality in turning Stavanger into a smart city and to take more environmentally friendly decisions.

A dedicated “Project Leader Square” helped participants to easily get into a dialogue with the Triangulum partners during coffee breaks and after the event.

On stage were the directors of the five Triangulum partner organizations and the Mayor of Stavanger. Their shared message was that Triangulum has meant a great deal for all partners in different ways:

The aim of the conference was to tell a shared story about the positive effects Triangulum has had on Stavanger and beyond. The feedback from the event tells us that Stavanger has achieved its goal.