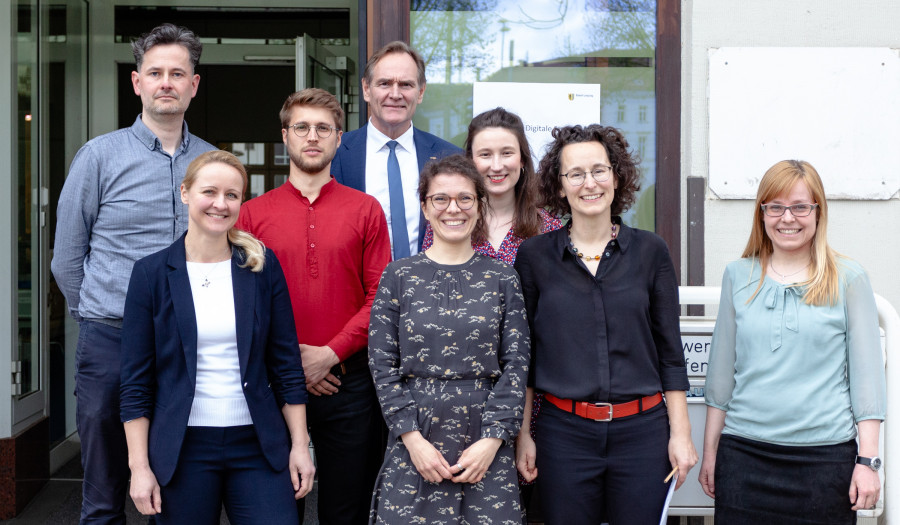 Main impact of Triangulum in Leipzig

The “Digital City Unit” started its work in April 2019. An entire team now works on developing guidelines, drafting projects, creating different committees and networks within and outside the municipality as well as other topics.

The new Digital City Unit is:

The participation process with its three different formats established within Triangulum (Future Forum, Future Expert Lab and local citizen engagement) contributed strongly to the acceptance and the understanding of smart city processes within the City of Leipzig. Furthermore, the context of these events was used to seek support from relevant stakeholders such as the city’s utilities company for some of the project ideas. It is planned to continue the Future Forum after the Triangulum project has finished.

The City of Leipzig is on its way to becoming a Smart City. The Triangulum project had a very relevant impact on the propulsion of the topic within the city’s municipality and among Leipzig’s citizens. Along the way and with the help of an extensive participation process, relevant stakeholders from industry and science could be involved in the development of new solutions, which form the basis of Leipzig’s implementation strategy. The approval of two new projects (EfficienCE and SPARCS) not only offers the financial support needed for the implementation of the planned activities but also constitutes a valuable measure to secure and intensify the cooperation between the City of Leipzig, its public utilities, local universities and SME’s and, most importantly, to further broaden and deepen the European exchange and replication of cities shaping the digital transformation.